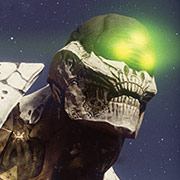 Thousands of hours played over 2 accounts on D1 only to be let down with D2. Many others in the forums have been specific with their complaints however for me, the fun is gone. Cannot put my finger on any one single area but rather multiple small issues. Exotics are boring, plain and simple, boring. We all complained G-horn was OP and too hard to get, but it made the grind worth it. When one could finally covet this beautiful weapon, all hard feeling went away. D2 has no g-horn nor anything that says OMG, must grind for. Tuesday used to be a predictable gathering of friends to do nightfalls, raids, or anyone of the many "fun" things. Nightfall is no longer fun. Time restrictions suck for the casual player. Rewards leave u feeling "uh". Give me 20 strange coins again, at least that was good for a laugh. I can't believe this game was released with only a handful of strikes. Also, most of them are also boring. These artificial stops to prevent burning bosses or racing through strikes is also annoying. I just wish there was some area of the game play is better to me but I cannot. Graphics are better but play is just not fun. Many times during the anticipatory period while waiting for D2, I quietly hoped only to not screw it up. I loved destiny and only wanted more of it. We all complained about many things in D1 however that was due to the passion toward the game. The passion is gone and unfortunately myself, and those I usually play with, have moved onto other games. Shadow of War has been great! AC Unity sounds exciting. But mostly, feeling butthurt about the game I was once so passionate for.
English
#Rewards #destiny2 #boring #Exotics #Ghorn
Kommentieren Antworten Thema erstellen
Melden