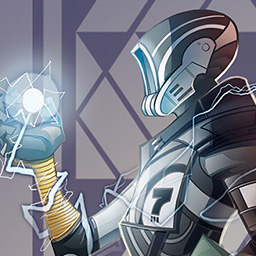 So Titans will have their own Ram now...

with the HoW exotic helmet coming back that provides unstoppable Titans will now be able to run max armor [i]and[/i] Juggernaut (cough cough [b][i][u]BROKEN[/u][/i][/b]), or Shoulder Charge together. Max armor Titans have similar health to ram warlock's. Not quite as much of the warlock is running the full armor + corresponding chest piece. But max armor Titans can survive 3 tap thorns for example. Pre-2.2 obviously. I'm just curious if it's going to be considered broken just like Ram is. My assumption - it will not. [b][u]Edit-[/u][/b] It's come to my attention that using the helmet does not include the armor bonus associated with actually choosing it. The only other thing I'd like to add was that I wasn't complaining. I don't think ram is broken. & I don't think max armor Strikers are broken either. Except juggernaut, my opinion is that perk is broken asf. But that's just me lol. I wouldn't be bothered by the armor boost. But I was very curious to see if people would be quick to claim it's broken just like they did for ram. Or if just nobody would find it too good. But either way, it doesn't give the armor so it doesn't even matter now. Thanks for anyone's input on the thread. :)
English
#Destiny #armor #RAM #broken
Kommentieren Antworten Thema erstellen
Melden