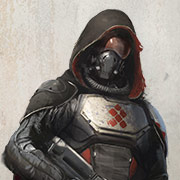 First off, should you happen to check my profile.. My gear is far from great, it's pretty average at this point. And as you can see from my stats, I'm not what you would call a good PvP player. That doesn't mean I avoid challenging matches or I'm not having fun in the crucible. Far from it, I'm enjoying the heck out of it. As a married father of 4 kids I don't have much time to improve my "skills", and I don't really care anyways. I'm fine as long as I'm having some fun. ;) What I'm really missing though is Open World PvP, and I'd really be interested to know why Bungie still hasn't implemented it after all this time. The game mechanics required for that are already there, so I assume it shouldn't even be much of an issue to offer true Open World PvP. Open World PvP should take place on all the Patrol Missions on each available map. They could be an additional difficulty setting (just like the hard mode you can choose). So people who rather not take part in Open World PvP can still do their regular farming and patrol missions. The requirements to take part should be just about the same as they are for taking part in the Crucible matches (level 5+, if I remember correctly). Players taking part in any events are protected from other guardians' attacks until the event is over and participants had time to fully heal.During time of an event, participants can't deal damage to other guardians - even those not participating - either. That's imho all it takes to offer a very nice and thrilling alternative to the Crucible. Bungie could even add another faction that offers missions like those of Vanguard and Crucible to improve your reputation/rank in order to purchase gear and weapons. Maybe adding even another difficulty settings that basically does the same as mentioned above, but with level advantages enabled would make sense. Whatever, I think Open World PvP would fit just fine into the Destiny universe and would add some variety to the PvP we currently have.
English
#Destiny #Competitive #openworld #openworldpvp
Kommentieren Antworten Thema erstellen
Melden