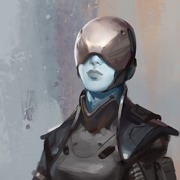 How to handle a sticky fingered Guardian stealing your pike.

So today, I encountered a "roving band of pikes". I finished them off in style, and my hubby and I snagged the two sitting there. We went off in separate directions, and he took his straight into the foray. Not long after, it demolished both him and the pike ( along with some unsuspecting Vex. ) I, however, had played the cautious route, and played safely, finishing up my next two bounties without even losing the glass off of my pike. Until the bounty in the Ishtar Commons area. It demolished my pike in moments. Smoking, and slightly on fire, I had pulled to the side right next to my next bounty's objective. I stepped off for a moment to "scan the area" with Dinklebot, when I spotted him. Now, I had heard of sticky fingered Titans stealing peoples pikes. But this was a Hunter. Hunters don't do that. But I was watching to make sure. I took my eyes off for a moment to confirm I had received 100% on my bounty, and when I rounded, an "invisible" Hunter was beside my pike. He was on it before I could even press my "X" button quick enough. [i][b]Game On.[/b][/i] I knew how low in health that pike was. If you steal my pike, little punk lvl 18 Hunter, I will end you. It climaxed in a battle where I, being a fellow guardian, was left undamaged, while I took my Corrective Measure to that pike. Bam said the lady. I walked away unscathed and let him respawn himself. TL;DR : [i]Don't take my pike. [b]Ever. [/b][/i]
English
#Destiny #howto #Hunter #thief #tactic #pike
Kommentieren Antworten Thema erstellen
Melden